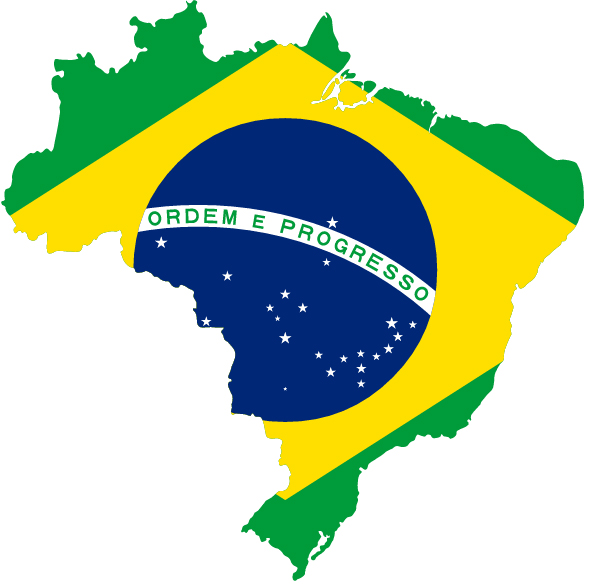 Brazil is an enormous country, the fifth largest in the world to be precise and the sixth most populous. This may not be surprising considering that it encompasses half of South America, what is more surprising however, is the fact that it is the seventh largest country in terms of internet usage.

The latest figures show that there are over 88 million internet users in the country making up more than 45% of the population. This makes Brazil by far the leading Latin American internet market and it has huge untapped business and online marketing potential with a lot of room for growth still available.

Social media is massive in Brazil, perhaps due to their hyper-social culture. Many Brazilians are starting to connect with and use social media more and more throughout their daily lives. Comscore stats show 97% of internet users in Brazil engage with social media in some capacity and Facebook leads the way. Over 60 million Brazilians use Facebook making it the Social network giant’s largest market in terms of numbers outside of the US. This may already seem like good news for internet marketers but even better than this a study by online market research group Oh Panel showed that 61.4% of Brazilians look for information about products on social media pages before buying.

Figures for twitter usage are also extremely encouraging from a marketer’s point of view with Brazil being the most engaged Twitter audience in the world. Twitter usage in Brazil has rocketed since the release of the Spanish version of the site in late 2009 and, as with Facebook; it is now the second largest global market for Twitter behind the US.

When planning an online marketing strategy for the Portuguese or South American audience then it makes sense to focus heavily on Brazil and in particular on social media. If a digital plan is effectively implemented then there is the potential to reap the rewards of a significant ROI from this ever expanding online community.