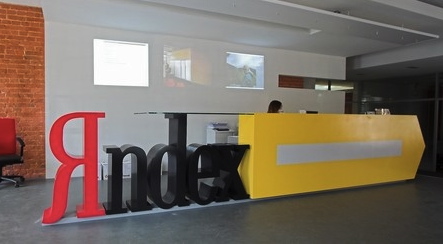 We love to summarise what has been done during the past year. YouTube showed us what we watched in 2013, Google made a video about what we searched for, and almost every media outlet made a ‘top-2013’ list. Today we offer you the review of the most important 2013 news from Yandex – the biggest Russian search engine.

The biggest 2013 news from the biggest Russian search engine.

During last year, Yandex announced the launch of two big products. The first is the Yandex Browser (which was actually launched in 2012 but the mobile app was only offered to users in the middle of 2013). According to official data, the mobile browser is used by over 1 million people weekly. It’s pretty clear that the people who prefer to use Yandex are taking advantage of both the browser and mobile app to simplify search and even get better search results.

The second big novelty (and probably the most important) is the move to replace the common search engine results page (SERP) with interactive snippets – so-called ‘Islands’. According to developers at Yandex, the new way of presenting search results will help users with problem solving instead of giving them just the information they are searching for. It means that when we search the name of a new movie we will get a snippet that permits us to buy a ticket without visiting the seller’s website. We already introduced the ‘Islands’ to your attention several months ago, so you could check our ‘Yandex Updates its Interface: Interactive Islands are Coming!’ article for more details.

The ‘Islands’ are pretty new and need to be developed, as there are lots of questions to answer before the users can really benefit from new system. At the moment ‘Islands’ are available as a beta-version and on some selected markets. So we are looking forward to more news about ‘Islands’ in 2014.

There are no doubts that Google is the world’s number one search engine, but there are still some countries that prefer their own search engines (like Russia and China) and some others where Google isn’t brilliant with all its services. With this in mind there’s still a market niche to be taken by other services providers.

One of the countries from the second category is Turkey, and Yandex is the company that entered the ‘niche’ during the 2013. Yandex offers Turkey a search engine that is adapted to the differences of Turkish language and Yandex Maps that are more popular than Google ones. Some experts say that the reason for the popularity of Yandex Maps is that the traffic in Istanbul is very similar to Moscow.

Yandex is famous for its educational program called ‘Data Analysis School’ where the students learn how to code and, obviously, analyse the data. Inspired with the success of this first school (opened in 2007), in 2013 Yandex launched the new school of design called ‘Campus’ where students live in a student village near Moscow and work on real projects with the specialists from Yandex. The company is going to open more schools in other cities in Russia and Ukraine and maybe launch more educational projects in 2014.

December 2013 was full of news for SEO specialists in Russia, as Yandex claimed that it was going to eliminate the links influence of their ranking algorithm. But after a few days of panic, the industry calmed down realising that the changes were not going to be crucial. There are a few reasons why:

Even if the 2013 Yandex news was a little shocking, there were no serious changes to be worried about – Yandex changes correspond with general development of search engines and the SEO world.