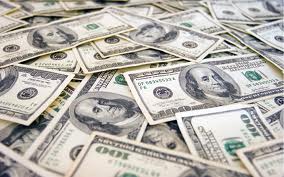 Where do the Ultra-Rich Live?

The global economic downturn shows little sign of recovery but how has this effected the ultra-rich?  Relevance looks at the impact this has had on the elite club of global billionaires.

The total number of billionaires in the world now stands at 2,160, and despite the volatility in the equity, currency and commodity markets, their numbers have grown by 9.4 percent from 2011-2012, increasing their wealth by 14% to $6.19 trillion, $760 billion over the previous year according to research group firm Wealth-X, the global leader in providing qualified prospects and intelligence on ultra high net worth (UHNW) individuals.

Today Relevance analysis the Wealth-X list of the top 10 countries with the most billionaires compiled between August 2011 and July 2012 starting at tenth and working through to first.

Canada’s billionaire’s have seen a combined wealth decline of some 4% between August 2011 and July 2012, with the number of billionaires in the country also dropping by nearly 4%.
Billionaires account for 0.8% of Canada’s highest networth individuals and own nearly 18% – $595 billion – within this category.
Canada’s largest trading partner is the US and with possible spill-over effects due to the weakness in the global equity markets, Wealth X sees this as a major factor behind the decline in the countries ultra- rich’s fortunes.
A standout example is Media magnate David Thompson, owner of Thomson Reuters, who saw his net worth drop by $5.5 billion in March 2012 due to a 30% fall in his companies share price.

Brazil’s super–rich population grew by 3.5% last year and stands as the only Latin American country to rank in this top 10.
With over 4,640 natives valued at 30 million or more and the average wealth of the 49 Brazilian billionaires worth $6.1 billion each – it is unsurprising that even though the billionaires represent just 1% of the super-rich group, there finances contribute to more than a third of the countries ultra-rich wealth of $865 billion.
Brazil’s total number of billionaires fell by just 1 last year however the groups combined wealth dropped by more than 6% with key factors including Europe’s debt crisis affecting demand for Brazilian exports,  equity markets falling and the local the currency, the real, being devalued by 31% according to Wealth-X

Ranked eighth in the global billionaire list and seventh for individuals worth $30 million or more, Switzerland’s super-rich represent just 1% of the 5,597 ultra-wealthy population but control more than 19% of the groups total wealth with an average person fortune of 2.2 billion each.
Switzerland’s rich grew more than 7%  and their combined wealth increased more than 3% between August 2011 and July 2012 due to the countries favourable tax and privacy laws attracting a number of ultra-rich people choosing to keep their money in the country without living there – around 18% of the total ultra-wealthy population.
Other factors for growth include a 15% rise in equity markets over the same period far outweighing the economic growth of 1.9%.

As one of Asia’s key financial centres, Hong Kong is also home to some of the richest people on the continent with a billionaire count of 64.

Hong Kong is a key financial centre in Asia and home to 64 billionaires which represents 2% of the ultra-wealthy population and their fortunes represents 40% of the combined wealth of the group.
Hong Kong has been effected by slowing economic growth across North Asia, impacting on Hong Kong’s 3,135 ultra-rich people whose total wealth fell by 11% and their numbers fell by 2% to 470 between August 2011 and July 2012.
A high number of billionaires based in Hong Kong are involved in the property sector, Hong Kong’s richest man Li Ka-Shing, who is also the richest man in Asia and 9th richest in the world, saw his fortune drop from $25.5 billion in March 2012 to $22 billion in the same year blamed on a decline in mainland Chinese demand for the islands real estate.

The total number of billionaires in Russia grew by 17 from 2011 but interestingly the total wealth fell by nearly 29 percent in the same period and for ultra-rich individuals faired no better as their wealth fell by nearly 15% to $605 billion between August 2011 and July 31 2012.
Russia comes in at sixth for the most billionaires, despite its ultra-rich population seeing the biggest erosion in wealth this year among the countries in this list.

Billionaires account for 8.5% of the country’s ultra-rich individuals, or those worth $30 million and more, but control more than 60% of the group’s combined wealth. The number of billionaires in Russia increased by 17 from last year, but their total wealth fell by nearly 29% in the same period. For all ultra-rich individuals, their combined wealth fell nearly 15% to $605 billion between August 2011 and July 31 this year, and their numbers fell by 145 to 1,145. This marks a decline of more than 11%.

Russia’s richest man and Steel tycoon Vladimir Lisin saw his fortune drop by $8.1 billion by March 2012 blamed on lower steel prices that that led to a fall of 45% in the share price of his firm Novolipetsk Steel according to Forbes.

India – together with peers Brazil, Russia and China take up a sizable chunk of the top 10 and highlights the scale of wealth being created in emerging economies.
The period between August 2011 and September 2012 has hit India the hardest with a total of 485 people leaving the ranks of the ultra-wealthy.
Major factors for the decline include the depreciation of the Indian rupee and volatility on the Indian stock market with Indian stocks falling 25% between April 2011 and July 2012.

Germany is the only Euro zone country to make the top 10 list.
The 137 billionaires represent less than 1% of the ultra-high net worth group but control nearly 27% of the total fortune. With an average fortune of $4 billion each, the cities most associated with the niche group are Munich, Dusseldorf, and Hamburg.
According To Wealth-X, Germany has seen a period of growth within the ultra-rich community as their wealth grew by 5.3% between August 2011 and July 2012.

The UK may have the largest number of billionaires in Europe, (missing ‘however,’) it is trumped by Germany who’s ultra-rich have a greater total wealth.
The average worth of a billionaire in the UK is $3.1 billion, and the total wealth grew by 4% in 2012.
There is a great deal of diversity within the ranks of the UK’s ultra-rich; Caucasians make up almost 62% of the group, South Asians with 28% and people of Middle eastern, North Asian and Chinese descent making up more than 8% according to Wealth-X.

China has the second highest population of billionaires in the world however they trail behind Germany and the UK in terms of total wealth. The average worth of the group is 2.6 billion.
Billionaires account for just 1.3% of those with $30 million or more, but control over 24% of the groups $1.5 trillion in wealth.

The Chinese have lost nearly a third of their wealth between 2011 and 2012 due to the poor performance of the Chinese equity market and, with the Shanghai Composite Index falling 20 percent between August 2011 to July 2012
In the past year, however, Chinese billionaires have lost nearly a third of their wealth, down to $380 billion from $540 billion in the previous year. The slump in wealth reflects the overall trend in the region, with Asia’s ultra-rich seeing the biggest drop in wealth compared to anywhere else in the world. Poor performance of China’s equity market, with the Shanghai Composite Index falling 20% over August 2011 to July 2012, was one of the main reasons for the drop in wealth. Individuals holding manufacturing assets and real estate in China’s coastal provinces were the hardest hit, as factory production moved inland because of high labour costs, according to Wealth-X.

The United States cements itself at the top with an incredible 333 more billionaires than its closest rival China, and saw a growth of 5.5% joining the ranks between 2011 and 2012. Their wealth also increased by 8% to $2.05 Trillion. The average value of each member of the elite club is £4.3 Billion.
California is the number one state for the ultra-wealthy, followed by New York, Texas, Florida, and Illinois. A major driver of wealth for the ultra-rich was the U.S. equity markets, with the S&P 500 index up over 7% between August 2011 and July 2012. As a result, 2,250 people joined the ranks of the $30 million and over club in the past year. Despite the fast pace of growth in America’s ultra-rich numbers, Wealth-X predicts that Asia’s ultra-wealthy population will surpass that of the U.S. by 2025, while their combined wealth will overtake them by 2020.

Brazil’s super –rich population grew by 3.5% last year and stands as the only Latin American country to rank in this top 10.

With over 4,640 natives valued at 30 million or more and the average wealth of the 49 Brazilian billionaires worth $6.1 billion each – it is unsurprising that even though the billionaires represent just 1% of the super-rich group, there finances contribute to more than a third of the countries ultra-rich wealth of $865 billion.

Brazil’s total number of billionaires fell by just 1 last year however the groups combined wealth dropped by more than 6% with key factors including Europe’s debt crisis affecting  demand for Brazilian exports,  equity markets falling and the local the currency, the real, being devalued by 31% according to Wealth-X