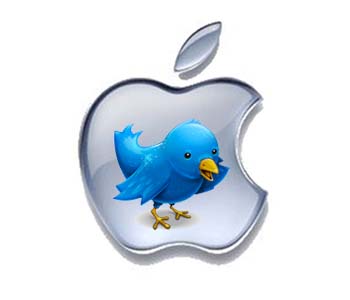 In recent times, we have become accustomed to the “information network” label that Twitter has been so keen to project. Nevertheless, following several significant product announcements in the last week, this positioning looks to be abandoned as the company undeniably ventures into the social networking battleground.

On June 1st, Twitter announced that it would be bringing in integral photo and video sharing capabilities to its service. This news was followed by undoubtedly Twitter’s largest coup to date; Apple’s announcement that i0S 5 will include a high level of Twitter integration.

Put simply, this will enable the multitude of iphone, ipad and ipod touch users to post videos, photos and links to Twitter at the click of a button, after upgrading to iOS 5. The impact of the partnership will also be further strengthened as developers integrate this functionality into their iOS applications.

Jennifer Van Grove (Mashable) summarizes the impact of this development; “[Twitter] will soon be the social layer of iOS, enabling users to turn individual actions such as snapping a photo or reading an article into instant social activities.”

The news will come as a blow for Facebook, for whilst developers will still be able to build Facebook integration into their IOS apps, Twitter will be the default for the most popular apps such as Safari, and You Tube. This will undoubtedly influence the direction of vast quantities of traffic.

According to Hitwise figures, Facebook tops the ‘dwell-time’ charts with the average user spending 4 hours and 35 minutes on the site each month. This is over twice the twitter figure at 2 hours and 12 minutes. Crucially however, content will now be consumed on Twitter.com rather than on third party sites.

The anticipated effects include increased user engagement, to date Facebook’s most coveted asset and increased site time that could potentially challenge Facebook’s dominance. One should also keep in mind Twitter’s recent of acquisition of TweetDeck, the most popular third-party client and its possible impact on the figures. The ultimate win however, is without doubt the IOS tie-up which will give Twitter priority access to millions of highly-engaged mobile users.

It is of course feasible that Facebook could also partner with Apple before iOS 5’s Autumn release. Nevertheless, following the Ping split last year, any negotiations between the two companies might be less forthcoming.

For now at least, Twitter’s win represents a significant victory in the social networking space and gives a hint of their plans for future expansion. In the long-term, this could well be the development that sees Twitter emerge as a serious contender for Facebook’s crown.