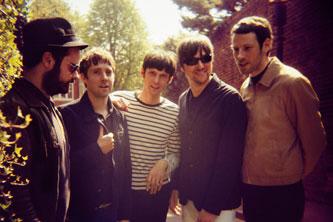 Kaiser Chiefs are the first band to launch an album via a digital platform allowing fans to create their bespoke tracklisting and cover art. In an attempt to discourage illegal downloading of albums and tracks before their official release, the music industry has come up with a new model which essentially involves consumers promoting and distributing a band’s album or track on behalf of the band.

Various publications have already created their versions of the Kaiser Chief’s new album which are being bought by consumers including Guardian Music and DrownedinSound. The band has also partnered with The Alzheimer’s Society which has created their own version of the album and all profits made from its version will go to the charity.

A joint venture between record label B-Unique (part of Universal Music Group) and Wieden & Kennedy, many marketing industry experts are still sceptical on how this new platform is going to take off.

The Kaiser Chief’s however state “We wanted to do something different. Something that made everything exciting and new again. We wanted to do something that involved our fans. It seemed strange that nobody had ever done a bespoke album properly and then one thing sort of led to another. We kept thinking somebody would tell us it was a bad idea but everybody just kept saying yes.”

Well, only time will tell and we will see whether it takes off in the music industry with other bands following suit. For now this platform is a novelty within the music industry, but with its interaction with social media mediums which have made a huge impact on the marketing industry, it has the potential to become a success.