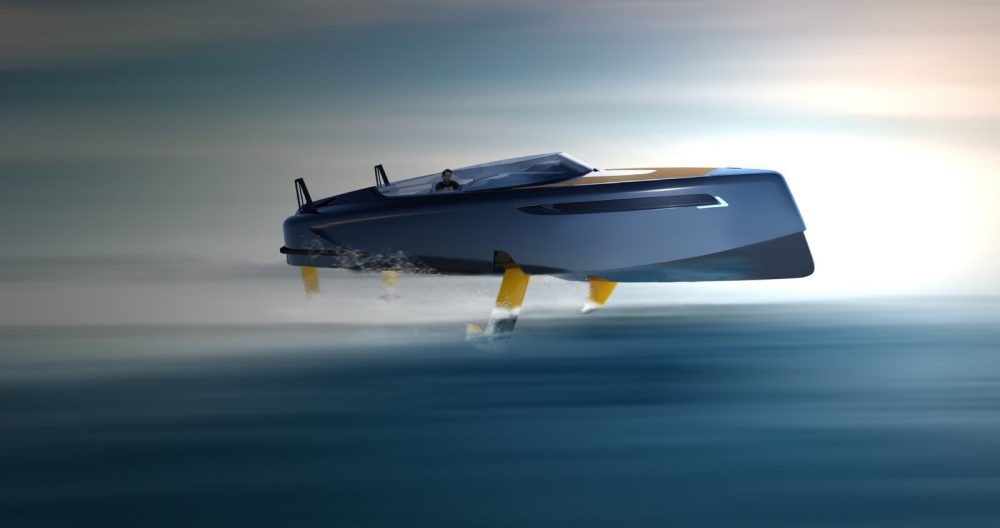 Hydros chose Relevance’s PR team in Monaco to deliver their PR campaign for and during the Monaco Yacht Show 2016. During the show, Enata Industries revealed the FOILER 41 to the world, one of the very first motor yachts with foil technology.

The Hydros Foundation is an accredited non-profit, public-interest organization which aims to encourage technological innovation to meet the challenges facing the nautical industry – including environmental and economic issues. Hydros was able to promote their admirable work and build on their contacts at MYS, thanks to their PR collaboration with Relevance.

Built by Enata Marine, FOILER 41 is a pioneering example of the combination of their in-depth knowledge of yachting and Hydros Innovation’s outstanding use of technology and development. The use of foilers on a motor yacht delivers an unparalleled sensation of smoothness and flight, as the main hull of the boat avoids hitting the waves. Beyond a concept, the half-scale model already navigates and performs beautifully.

With almost 10 years’ experience in the luxury yachting industry and with strong international outreach from their Monaco, London and Fort Lauderdale offices, Relevance is sure to deliver results above and beyond what is expected of them. The collaboration was based on Hydros’ complete trust in Relevance as the digital PR agency has previously carried out effective press trips to Monaco, with the participation of the likes of Vogue, The Independent, Grazia and The Evening Standard.

“Rumble and his enthusiastic team at Relevance organized an extremely productive and interesting itinerary which allowed us journalists to experience the essence of the Monaco Yacht Show.” – Juyoung Seo, Forbes

“The press trip has been fantastic, primarily because it’s been organised so beautifully. The transport side of it has been outstanding: we’ve been transported from private jet to helicopter to luxury yacht, seamlessly. We’ve been shown the highlights of the Monaco Yacht Show in absolute luxury and without pounding the pavements – like many of the other people here have had to endure – coupled with amazing food, drink and excellent hotels, and even a bit of cryotherapy thrown in. And great people! Thank you!” – Dominique Afacan, Robb Report