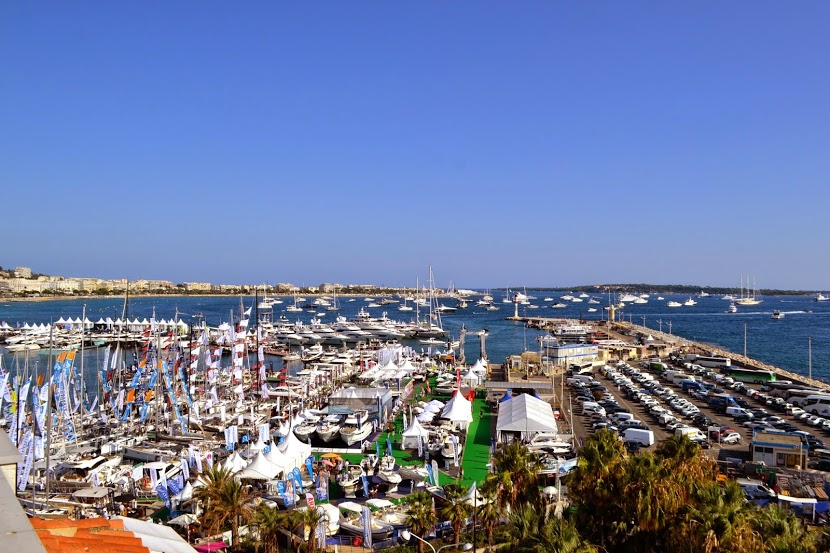 Relevance at the 2014 Cannes Yacht Show

For five days yachting industry professionals from 25 different countries converged onto the beautiful ports of Cannes. In attendance were the Relevance team of yacht marketing experts keen to catch a glimpse of what the last quarter of 2014 has in store for yacht brokers and buyers, yacht services suppliers and shipyards.

Larger than its more famous sister event, 35 miles down the road in Monaco, the Cannes Yacht Show was awash with the pristine white of luxury yachts and company stands. More than 580 yachts were present, each one jostling for attention in the stunning Vieux Port, parallel to the frenzied Croisette.

The gates to the Festival de la Plaisance opened promptly at 10am on 9th September to wall-to-wall sunshine.

Setting the precedent for the Autumn yacht show season, the Cannes Yacht Show pulled out all the stops with 15 super yacht debuts to boast among the hundreds of other motor yachts, sailing yachts and catamarans. Specialising in the mid-range size superyachts with 40 yachts over 30 metres long, there were plenty of show-stopping vessels moored in the port.

The largest of them all was the 55 metre Ocean Paradise, built by Benetti. Features of which included blue pony skin bedheads, crocodile leather on the staircases and shiny carbon fibre woven into the very essence of the yacht.

With increasing emphasis on greener yachting, Seaway Yachts’ Shipman 59 with its hybrid technology promised to be a real treat for all in attendance. Its supposedly unsinkable carbon structure dazzled in the Mediterranean sun. Equally green, was the aptly named Silent 76 by Admiral Sail, the biggest sailing boat at the Cannes Yacht Show.

As for the majority of brokerage yachts, they were to be found at the Port Pierre Canto where Denison Superyachts made an appearance with the stunning sailing yacht Inmocean. Meanwhile Relevance were honoured with an invite aboard Fountaine Pajot’s immaculate Saba 50 for its grand unveiling upon the catamaran jetties in the middle of the port.

With the Cannes Yacht Show having been so successful, all eyes turn to next week’s exhibition in Monaco. There are high expectations all round for the Monaco Yacht Show, where boats up to 95m will fill the quays at Port Hercules on 24th September. Relevance will again be attending and are hoping for more of the same.