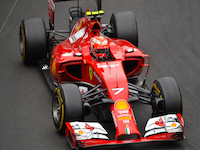 On May 24th to 25th 2014 Relevance hosted a luxury press trip for UK media to “see Monaco as it is meant to be seen” (Patrick Smith, Fish Media).

Relevance organised a special trip for journalists from Vogue, Harper’s Bazaar, Esquire, the Independent, London Evening Standard, Fish Media, Grazia, Wired, Chelsea Magazines and Manchester Evening News who got to see the F1 and have a lifestyle trip to Monaco and the French Riviera.

“It really doesn’t get much better than this.” (Paul Cole, Manchester Evening News).

Writers from the UK Press arrived in style on Monarch airlines and with Number 1 Traveller (who provided Fast Track and Lounge Access at Gatwick) and were transported by limo provided by Relevance directly to highly sought-after The Paddock at the Hotel Hermitage to watch Q1.

“Sport and luxury brands – a match made in heaven” (Kevin Garside, the Independent).

Lunch was then at the Café de Paris for the Q2 and Q3 was viewed from the terraces of Hotel de Paris with champagne after a visit to the Monte Carlo casino. Hélène Bustos from SBM Monaco treated UK Press with ultimate luxury and a real insight into life in Monaco. SBM Monaco have four must-visit hotels and four splendid casinos in Monte Carlo.

“An incredible amount of things to see in such a short time! It’s a beautiful place with a lot of glamour” (Rebecca Cope, Harper’s Bazaar).

After the qualifiers, UK press visited a Monte Carlo penthouse for sale in the Chateau Périgord tower managed by La Costa Propeties Monaco, and were then transported off for a soirée and accommodation in the prestigious Domain de Sylviane managed by Carlton International in Valbonne.

“A beautiful spot that is begging to be appreciated”, (Nicolas Kynaston, Grazia).

“A penthouse filled with luxury in the heart of Monaco” (James Dobson, Chelsea Magazines).

The evening started with champagne by Ayala, and then 4-course dinner by Emmanuel Sofonea and Froggy Gourmet and wine by Grand Cros. Philip Weiser gave an authoritative outlook on the property market on the French Riviera.

“Domaine de Sylviane – the most blissful way to end the day – old and new, aspirational and aspiring – so inspirational” (Scarlett Kilcooley-O’Halloran, Vogue).

“Philip Weiser is one of the true authorities on the real estate market on the French Riviera” Rumble Romagnoli, Relevance.

“It really doesn’t get much better than this.” (Paul Cole, Manchester Evening News), “Sensational, Surreal, Special.”

“Completeley blown away by the suite at the Fairmont” (Patrick Smith, Fish Media).

“A 36 hour window into the life of an international playboy. A bucket list trip I won’t forget in a while” (William Hersey, Esquire).

“Congrats on pulling off the best press trip we’ve ever been on!” (Scarlett Kilcooley-O’Halloran, Vogue).

“Monaco shouldn’t be anything but the best, and we all have certainly been shown that” (Niall Conlon, Vogue UK).

“A spectacular whirlwind of a trip that has been superbly organised from the start; the team at Relevance have been 1st class” (James Dobson, Chelsea Magazines).

Links from the press: