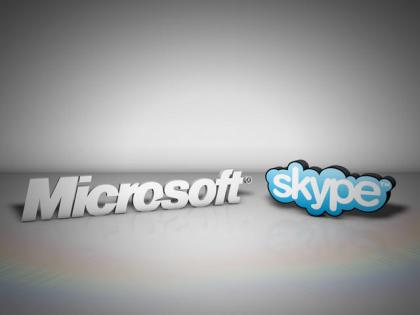 In the wake of one of the biggest surprise acquisition deals to happen in tech industry history and certainly the biggest deal to date for Microsoft who paid a staggering $8 billion (£5.2 billion) on VIOP provider, Skype. Industry experts are still puzzling as to why.

This acquisition has split the industry expert’s opinion regarding its profitability. In one corner some believe that with Microsoft’s partnership with Nokia smartphone sector, integrating Skype into this technology could make them a major competitor to Google’s Voice and Apple’s FaceTime.

However the other side believe this could just be another Microsoft snap and grab technique for a popular technology without really thinking it through.

For Microsoft share holders the acquisition will likely have little effect on prices, mobile carriers however may feel a bit aggrieved. The fact that Skype has always been a service that primarily provides an expensive service for free it is understandable that mobile carriers may feel a little uneasy. Microsoft may want to address this as their support is vital to any smartphone venture in future, it still remains unclear however how Microsoft plan to merge and monetise this deal.

None of this should, however, cloud the fact that this is a huge deal and the biggest in Microsoft’s history. Skype is a huge communication company with a new multi-user chat technology. Perhaps Microsoft has seen Apple’s push for FaceTime monopolisation and wants a piece of the action.

Most interesting we think is the possibility that Microsoft might be planning to merge Skype into Facebook, taking online social communications to a whole new level.