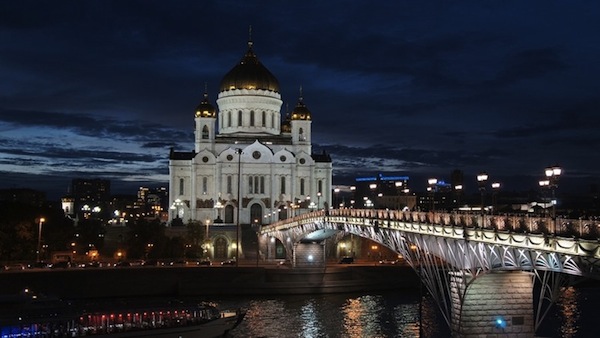 The first question to answer is if there is any reason for luxury companies to develop their business on the Russian market. And the answer is ‘yes’. The population of Russia is about 141 million people, and there are about 180 000 millionaires and 83 billionaires among them. That numbers might look not so amazing if we compare it with American or Chinese market, but the key is that Russian millionaires are famous with their habit of spending money for all the best, biggest and most expensive, and that makes the Russian luxury market twice as big as the Brazilian one, for example.

According to the recent research conducted by ‘L2 Think Tank’, many luxury brands underestimate the Russian market of prestige goods, ignoring many specific features of the country market space. Here is a Relevance review of the research.

Once the company decides to penetrate the Russian market, it faces tricky Russian Internet. We have already written about search engine Yandex that beats Google in Russia and about Russian social media VK that is more popular than Facebook. We have also discovered some other Russian Internet websites that you shouldn’t forget about when starting you campaign.

The ‘L2 Think Tank’ research report supports both ideas: Russia is a market to operate on and the Russians do love their own ‘made in Russia’ websites. But the most interesting part of the research discovers the common mistakes that huge luxury companies make.

Mistakes to avoid for the Russian market:

Almost half of luxury companies even do not try to adapt their websites for Russian people, while only about 5% of Russians are good enough in English to be interested in English-speaking websites. And you should never forget about on-page optimization in Cyrillic.

Only a few people in Russia will be interested in your Facebook in Russian and almost nobody will care about your Facebook page in English. At the same time VK is a big love of Russians. Want to get loyal Russian clients? Go where they are.

3. Do not ignore local payment methods:

Some people still worry about shopping online and have a strong preference for the cash on delivery method of payment. Other people are used to using local terminals to pay for goods bought online. Let them be confident in your services by offering what they want.

4. Do not ignore customer service:

If you are far from Russia and do not want to consider opening an office there, you should probably let your customers get in touch with you by phone. You should be ready to get the customer feedback in Russian and to manage it.

5. Remember that iOS isn’t the only mobile software:

There’re two points about mobiles in Russia, the first is that many people still do not use smartphones, and the second is that Android has bigger market share than iPhone in Russia. Do not waste time focusing only on the iOS applications.