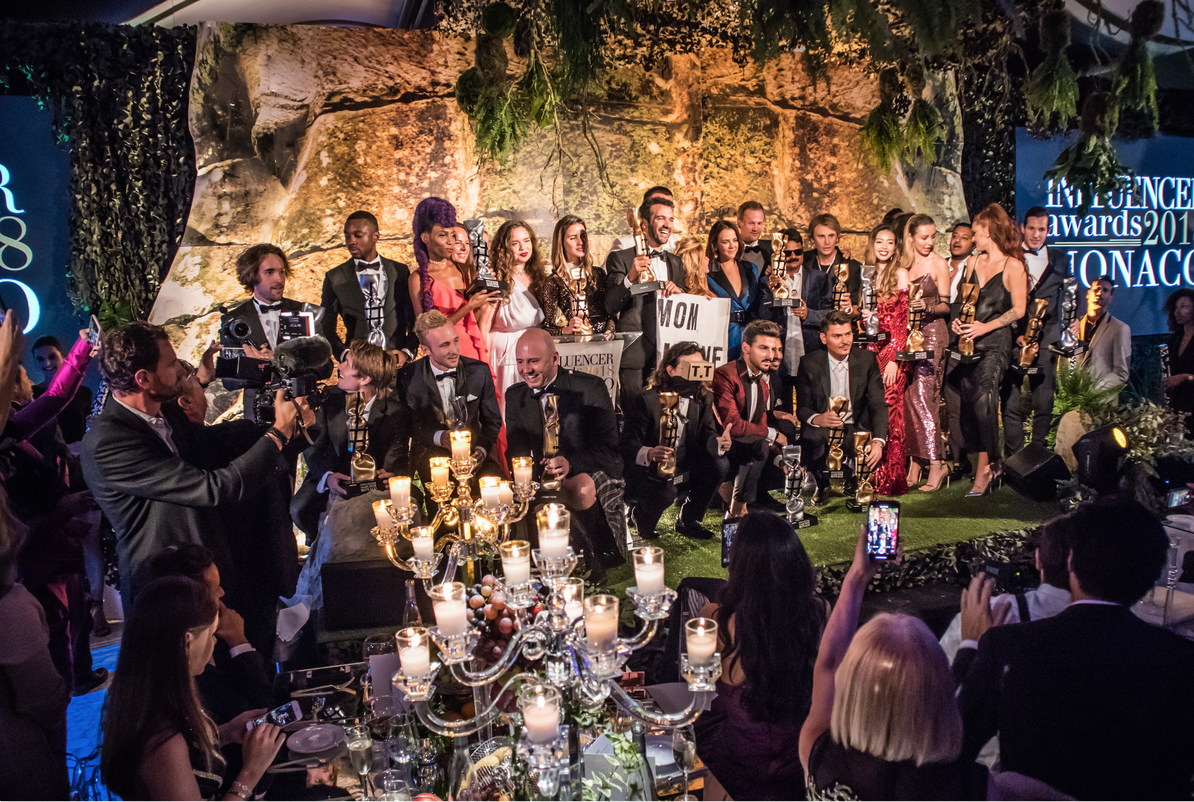 Relevance at the 2019 Influencer Awards Monaco

Now in their second year, the glitzy red-carpet Influencer Awards seek to recognise and celebrate the achievements of influencers who have gone above and beyond to light up social networks across the world.

Dubbed the Oscars of the Digital World, the Influencer Awards is the brainchild of Lolita Abraham. The awards were specifically set up to celebrate the accomplishments of influencers in the world of social media. The inaugural Influencer Awards held in October 2018 generated more than 81 million views, including 7 million interactions across all social media channels.

Thousands of guests attended the three-day Influencer Awards extravaganza which saw more than 100 influencers nominated across 14 award categories, including sporting, fashion, travel, lifestyle, food, gaming, entertainment and fitness and wellness. The nominees were judged by a panel of seven judges, each experts in their chosen fields.

Influencer of the Year award

This year’s coveted Influencer of the Year award went to popular Malaysian TV host and entrepreneur, Noor Neelofa Mohd Noor. The 30-year-old was quick to update her followers on Instagram, posting:

“Thank you again for the nomination and this award, @influencerawardsmonaco. This goes to all of you who have been supporting and inspiring this girl since day one. Definitely one of the most significant highlights of 2019.”

The post received more than 100,000 likes within hours and was shared thousands of times across multiple platforms – showcasing the power of social media and its associated events such as the Influencer Awards.

The power of influencers

Influencers have become increasingly powerful over the last few years, with the ability to sway consumer habits by increasing brand awareness and boosting sales. Indeed, influencers are incredibly powerful as they are able to relate to people on a more personal level, enabling brands to engage with audiences more genuinely.

Relevance regularly collaborates with a roster of influencers across a wide range of social media platforms, including Instagram influencers, to help our clients reach their target audience. Categorised from micro-influencers to some of the biggest influencers in the world, the expert influencers we work with cover a wide range of niche sectors including superyachts, private jets, bespoke travel experiences,  luxury watches, supercars and beauty.

“We were delighted to meet with some of the world’s best influencers at this year’s Influencer Awards Monaco,” Rumble Romagnoli, founder and CEO of Relevance said.

“We attended an unforgettable cocktail party hosted on two yachts in the Monaco Marina at the Influencer Awards. Here we were able to speak directly with leading luxury lifestyle influencers, including YouTube, Facebook, Twitter and Instagram Influencers and grow our ever-expanding network of contacts to help further expand our clients’ businesses,” Rumble added.

Check out all the details of the Influencer Awards Monaco here.