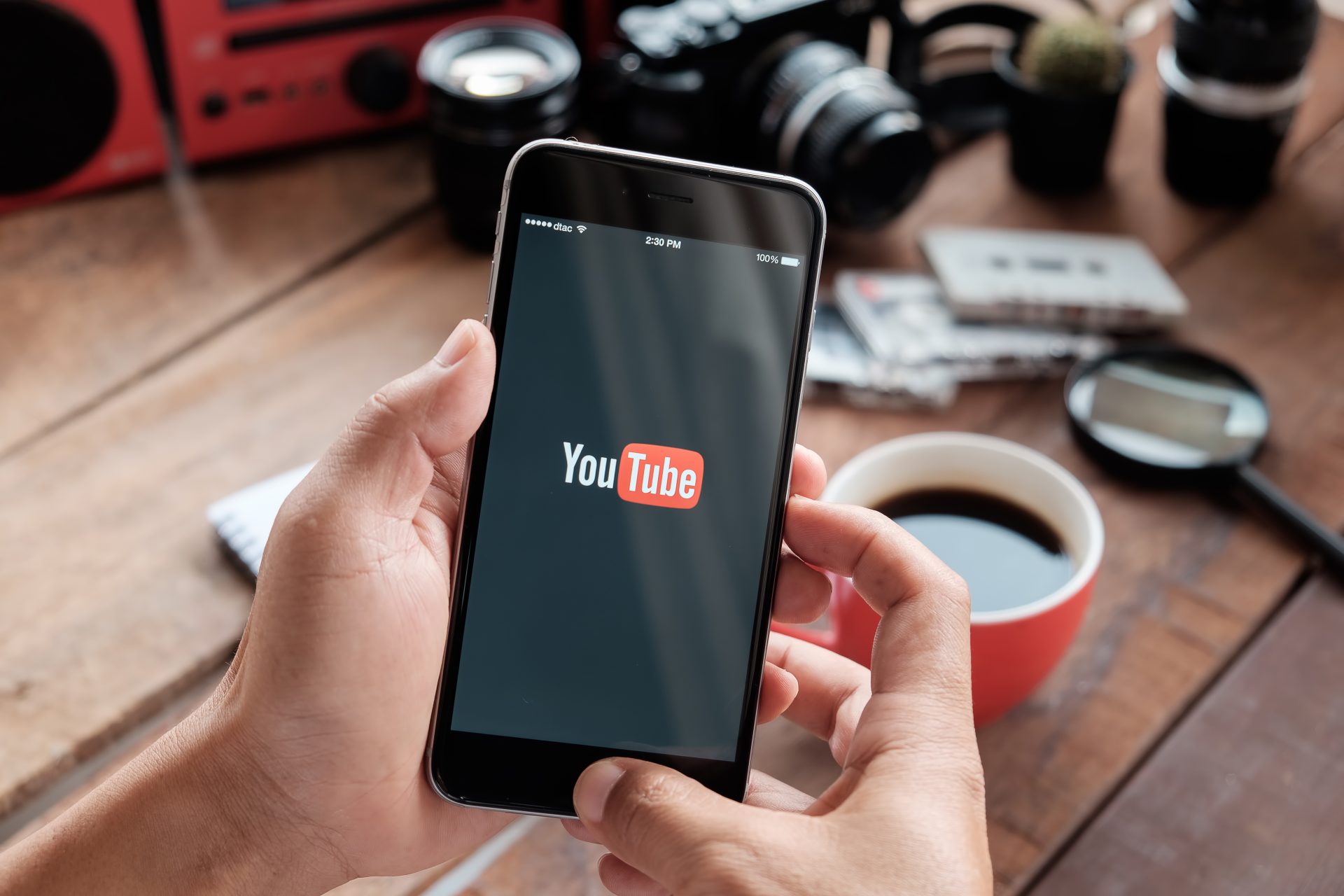 Created by three former employees of PayPal in 2005, and bought by Google for $1.65 billion in 2006, YouTube is today estimated to be worth around $300 billion. Aside from being the main platform used to host videos the worldover, why is YouTube one of the most powerful social platforms, and what is the importance of YouTube marketing? We investigate.

The importance of YouTube marketing from a social media perspective

The first thing to note is just how important video is in the modern world. A recent We Are Social report found that 90% of internet users watch online videos each month, compared to 41% who listen to podcasts, perhaps going some way to explain why YouTube is one of the most popular social media sites.

As far as the platforms for hosting video go, YouTube is the most dominant by a long way. In January 2020, YouTube ranked second in the world for the most visited website according to two separate studies by SimilarWeb and  Amazon’s voice activated search platform Alexa.

We Are Social reported also that YouTube was the world’s second most popular social media platform in January 2020, with two billion logged-in users each month, ranking only second to Facebook, and above WhatsApp, Instagram, Twitter and other highly popular social sites.

YouTube’s success does not just stem from the fact that people visit YouTube often, but also that they spend a great deal of time on the site. The We Are Social report showed that an incredible one billion hours are watched on YouTube each day and that 33% of the population aged 13+ log into YouTube each month. This correlates with findings from the SimilarWeb and Alexa studies: SimilarWeb report showed YouTube to have the highest time per visit of all 20 sites ranked, averaging at 23 minutes per visit, while Amazon’s Alexa showed that visitors averaged 11 minutes spent on the site per day.

YouTube also provides a space for budding influencers and vloggers to create unique content on every topic imaginable, in the medium that most people prefer to consume their online content.

Some of the most successful YouTubers have over 20 million subscribers, and this provides an incredible opportunity for marketeers to partner up with content creators that have the audience their brand wants, who will be able to create natural and engaging content about that brand that draw new fans in, with the idea that these fans will then become customers over time. Brands and businesses can also have their own channels where they share high-quality content that their target audience are interested in – for a real estate business, this may be virtual walkthroughs of their properties and Q&As with their agents.

Although YouTube is not like social platforms such as Instagram, Facebook, Twitter and LinkedIn – which focus more heavily on community interaction – there is still the option to enable a comments section below videos, which can see lively debate play out and is a way of gauging general feeling on your video/brand. Users can also thumbs up and down videos to voice their opinion on your content.

In June 2018, Google rolled out video carousels on the desktop SERPs (having already had them live in the mobile SERPs for some time). While this content does occasionally come from other video platforms such as Vimeo, it predominantly comes from Google-owned YouTube, highlighting the importance of YouTube marketing in securing a high ranking position.

After all, this is a prime piece of Google real estate, and, by having a useful and well-optimised video on YouTube, you have a good chance of making these rankings. What’s more, YouTube has steadily been increasing its organic visibility in Google’s SERPs over the past three years, last year even surpassing Wikipedia for the number one spot.

Brands that wish to compete should aim for near-perfect optimisation. First, marketeers should optimise their channel by making sure their channel description includes their main keywords, and ensuring their videos are added to relevant playlists, so they can be found easily. Be sure that you have an end screen strategy to lead users from one video to the next, and make sure your page meets your brand guidelines and looks good when people land on it – for example, including a good logo, a cover image, a relevant description, and the right video that you want to play first. Always moderate your comments section to respond to fans and ensure there is no inappropriate conversation playing out.

For each video – if it is embedded on their website too – brands should ensure that they include on-page video markup to assist search engines in understanding what their content is offering. Also, they should ensure that they have written titles and metas for their videos that are descriptive and include their target keywords.

The reach on YouTube is very strong, as we have already established, and this is especially true amongst the younger generations. A Google study assessed how to recapture a declining TV audience without spending more on media, analysing 3,000 campaigns and looking at how the total reach of millennials would be affected if campaigns had replaced some of their TV advertising with YouTube ads. Google found that without spending any more money, 46% of campaigns would have benefited from a TV and YouTube combo, which would have achieved a 42% increase in millennials reached compared to TV ads alone.

Digital advertisers can also make use of the granular targeting possibilities available from the Google ads platform, which allow you to connect with people who are interested in all kinds of different topics. Through layering, brands are able to reach fairly targeted audiences and communicate with those people they believe will be most likely to respond to their adverts. Creative options are also quite varied, allowing a range of different ad lengths to suit different campaigns and audiences.

You can use remarketing audiences from your brand’s website for YouTube ads, targeting  people who have visited certain pages or made specific actions on your site. YouTube is also one of Google’s search partners, meaning that businesses can run their expansive and responsive text ads here and add more reach to their search ads.

The importance of YouTube marketing in digital advertising has been further shown through another Google study, which analysed users engagement with the platform’s TrueView ads – the skippable ads that appear before YouTube videos. Looking at the results for 89 brands, Google found that viewers who completed TrueView ads – meaning they watched to completion or at least 30 seconds – were 23X more likely to visit or subscribe to a brand channel, watch more content by that brand, or share the brand video. Even viewers who just watched the very beginning of a TrueView ad were 10X more likely to take one of those actions.

As we have seen, the importance of YouTube marketing is prevalent when looking at it as a social media platform, as a way to boost SERP rankings, and as a medium for digital advertising. Brands risk being left in the dust of others who have already adopted YouTube into their digital marketing strategy if they continue to ignore the platform, while those who create engaging and well-optimised content can enjoy fast success, with two billion users and counting on the site, and videos typically featuring high on the SERPs. For digital advertisers, YouTube’s reach provides incredible opportunities for boosting brand awareness, while its skippable ad format boosts engagement amongst increasingly hard-to-capture audiences and layered targeting options allow for an effective and granular approach.

To discuss building a YouTube strategy for your brand, get in touch with our team today.