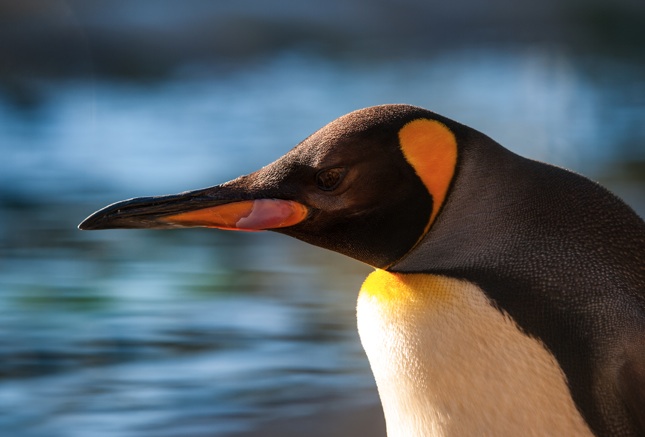 Google Penguin and the Silver Lining

For those of us that have been doing SEO work for many years, we have always known that other sites linking to our own website was the most important factor for ranking well in Google. Until April 2012, it seemed that more was always better. Most SEOs knew that if they built more inbound links (back links), the site would rank higher and they would make more money, so we all kept on building links. I did them by hand, with software and all seemed well.

Nobody was quite ready for the surprise Google had for us in April 2012: Google Penguin 1.0. This sent shockwaves across the World as Google penalised the rankings of many business websites which fell dramatically. Initially it was the fairly obvious targets like those using obvious black hat techniques and software, but more recently Penguin has got more stealthy and become very good at weeding out unnatural inbound links.  Although this was devastating for thousands of people, it was a sign that making a site rank in Google was never going to be the same.

At the time of writing the most recent high profile websites that have become Penguin victims are DirectLine.com, Expedia.com and CompareTheMarket.com. So how did this happen? Well quite frankly in most cases it is poor SEO techniques that have caused the Penguin filter to be applied. The really sad part of these recent falls is that in each case the penalty could have been prevented. So let’s look at what Google Penguin is and how you can prevent it ruining your business.

So what is Google Penguin?

Google Penguin is the code name for a Google algorithm update that was announced on April 24, 2012. The update was aimed at decreasing search engine rankings of websites that violate Google’s Webmaster Guidelines by using techniques that artificially boost the ranking of a webpage by manipulating the number of links pointing to the page.

You will often hear people talk about white hat and black hat links, but really if you have built a link to your site from anywhere you have tried to manipulate the results. The idea is that you should write great content and people will naturally link to you. The reality is that this rarely happens so you should be careful where you put your links. It’s not just the pure spammy links you should avoid either, like mass social bookmarking on Pligg sites that nobody uses. The golden rule is ‘if it looks spammy it probably is!’ So having your link on thousands of Wikis that no one reads is going to do you no good whatsoever. A hyperlinked anchor text phrase in the middle of a press release is not natural and neither is keyword anchor text in the resource box of an EzineArticles.com article. While these last two examples were considered white hat techniques in 2012, in 2014 they are seriously not.

Initially most Penguin penalties were accompanied by a horrific message in Google Webmaster Tools saying, “Your site violates Google’s quality guidelines”. A penalty like this is known as ‘manual spam action’  – because it has been flagged as a violation, by a human being. They have determined that the site has unnatural inbound links. Manual penalties are very hard to remove and it takes a lot of work to get rid of them. At the end of the day the owner must submit a ‘Reconsideration Request’. Reconsideration is a depressing process. After you submit your request you need to wait some time, often for a month or so. After this time a human will review your site and, if you are lucky, may revoke your penalty. Sadly this is not usually the case and most reconsideration requests are unsuccessful.

During the deployment of Penguin, Google decided to build the Penguin algorithm into their actual search algorithm. This is a mathematical formula that looks at the overall link profile of links to your webpage. In some circumstances when unnatural patterns are detected the Penguin filter will be tripped and your page will plummet in the rankings. Recovery is not quite as automatic or as instant as penalisation. Recovery requires a more natural inbound link pattern to be established. Beyond this it is believed that Google needs to re-crawl all the bad links that caused the penalty. Some people believe that you need to wait for the next Penguin refresh before a penalty will be removed, personally I don’t believe this.

When I meet people who have an Algorithmic Penguin Penalty they usually know what they have done wrong, but sometimes they believe they have been doing good SEO and can’t understand why they have been penalised. It is never a mystery and there is always a good reason for it.

So what is an unnatural inbound linking pattern?

We have noticed some common patterns that seem to trigger the Penguin Penalty. To understand this we need to look at what is a good link and what is a bad link. The way this works varies between different niches, but basically I like to use the definitions of LinkResearchTools.com (LRT). LRT help identify different kinds of back links by looking at many different metrics of the page that the link is on, such as Trust, Power, Indexation, Domain Popularity and much more. From there on you can classify the anchor text into:

Once the LRT software knows about your keyword classification it can then process all your inbound links and then sort them into three broad categories:

It seems that every site that has been hit by Penguin has about 70% Toxic+Suspect Links. I have seen no exception to this myself so far.

Link monitoring and the SEO advantage it can give you

So it is clear now that you should always keep an eye on your inbound links and make sure that you are not going to trigger a penalty. But as well as looking at your own site you should also look at your competition too, as the goal is to try and blend in with everybody on the front page of Google and not stand out as the one who may be trying to manipulate results. By looking at the link profiles of your competition you can avoid a penalty by blending in with the rest and not drawing the wrong sort of attention to yourself.

In the finance industry, niches like loans and mortgages may have quite a high percentage of toxic and suspicious links as it so competitive. A local electrician’s business will have super low competition and will quite happily rank with just a few links so they will not need to do any crazy link building to win. It really is a case of knowing your battlefield.

As you would expect, one also has to look at other metrics too, such as how quickly your competition acquires (or loses) links. We call this link velocity and competitive link velocity is another metric we use in our assessment. Making sure that you have links from a good neighbourhood is also important. You can also analyse your competition to work out where the common back links are and use this co-citation strategy to gain strong, healthy and super powerful links.

So this is the real silver lining for Google Penguin as far as I am concerned. I am pretty sure that I would never have even thought of analysing links in such detail, if I had not suffered a Penguin Penalty back in 2012.

If you want to win, you just need to blend in and then do a tiny bit better – that is my SEO strategy for 2014.