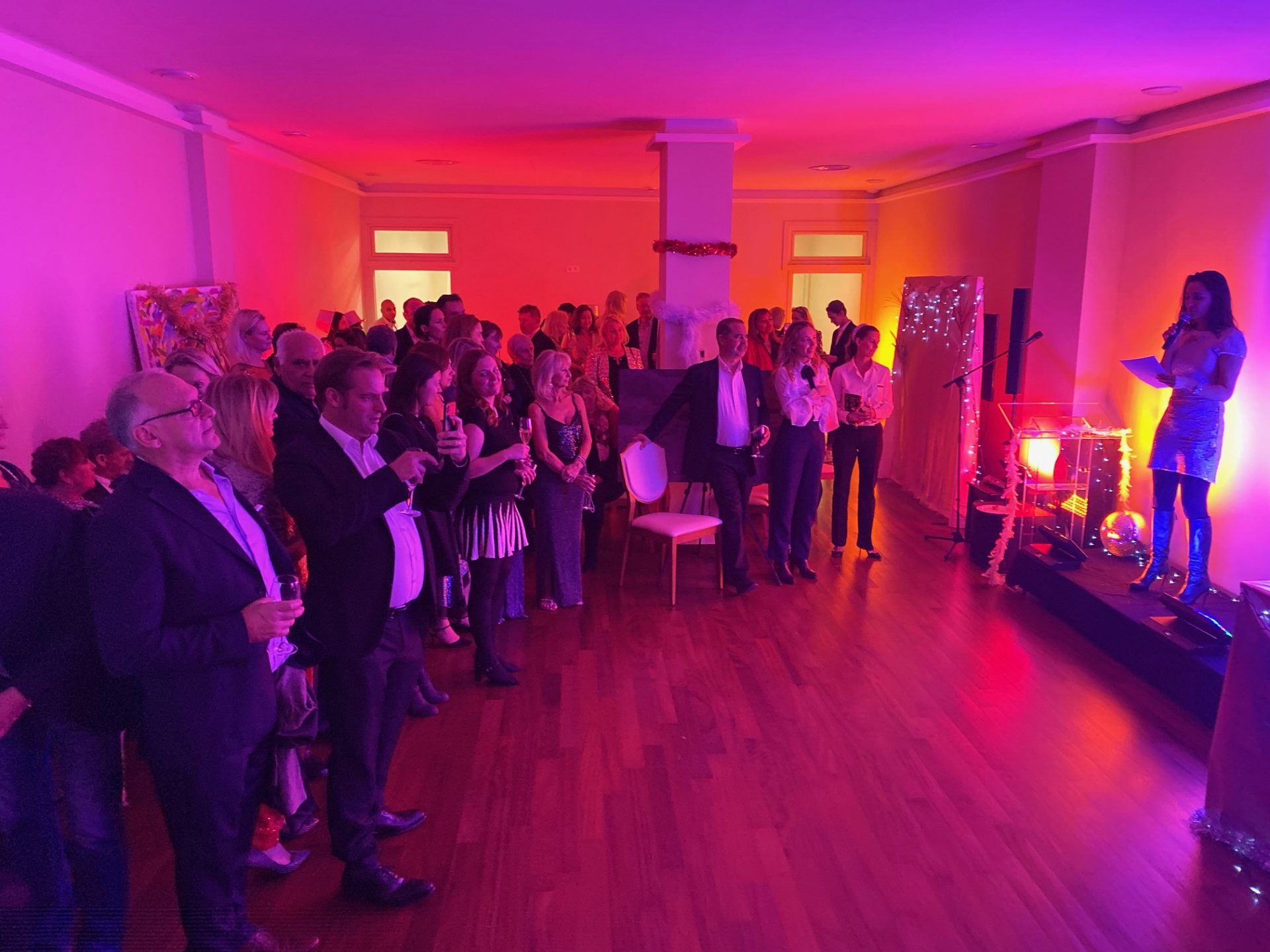 The Chances For Children 2019 Christmas Party

As the year draws to an end, the principality will be the backdrop of a plethora of celebrations. One of the most eagerly anticipated Monaco events, 2019, the Chances for Children Christmas Party took place last Thursday, November 28th, at the Stelios Foundation Philanthropic room.

Some 70 guests decided that their first end of the year Monaco Gala would be a charitable one by supporting the Chances for Children’s cause. The NGO, run by Gabrielle Crump, takes care of, educates, entertains, feeds, clothes and nurses 54 children from 5 to 15 years old rescued from the streets of Kampala, Uganda.

The evening welcomed some of the children’s sponsors, but also new faces who were happy to enjoy one of the last Monaco events of 2019 and change a child’s life for the better. This is the time of the year when we can appreciate what we have and take the opportunity to attend a Monaco Gala that makes a difference.

Relevance has been a strong supporter of the Chances for Children charity assisting it in its website and technical issues, but also in supporting and helping the organisation, including the promotion of the charity’s fundraisers. The 2019 Christmas party was no exception.

Set in a beautiful hall kindly provided by the Stelios Foundation, the Monaco Gala turned out to be an emotional, fun and very successful night.

Emotions ran high early on in the evening during a video call with the Chances for Children orphanage in Kampala.

The children performed some typical African dances for the guests, before addressing guests. Some of the children had prepared short speeches where they described how hard and unsafe their lives were prior to being supported by C4C. They also expressed their gratitude towards the charity, their sponsors, as well as all of the evening’s attendees. There are no other Monaco Events 2019 which can equal the emotion that flooded the room as everyone present was touched by what they heard.

Their heart-wrenching stories were ones that no one could imagine were real, relaying events, that no child should ever have to live through; from being abandoned because they had HIV, or not having enough food to eat. It was a very emotional moment on both sides of the screens.

Once the speeches had concluded, the children danced once more before bidding goodnight to the guests, setting the mood for the rest of the evening.

Fun at the Chances For Children Monaco Gala

Le Petit Bar, which recently opened in Monaco, opened the buffet with some amazing preparations, including skewers, petits fours, and truffle risotto, along with a delicious array of various desserts, enabling guests to discover the chef’s Mediterranean cuisine.

The choice of spirits and wines provided by Bradley Mitton of Club Vivanova were also enjoyed.

Although everyone had a great time on the dance floor, many were waiting for the charity auction.

Handled by Russell Crump, Chances for Children’s vice president, the live auction was a big hit. Items up for bidding included two tickets to the England-France 6 Nations Rugby Tournament, a Ken Homes painting, and the AS Monaco striker Ben Yedder’s jersey, with each item causing a bidding frenzy. The tombola also drew excitement, with more than 12 exciting lots.

By the end of the evening, almost €7,500 was raised, with the entire amount going to Chances For Children.

“We are 100% transparent with the money we raise for the foundation,” Gabrielle said. “This year the funds will help with maintenance and running costs of the orphanage, but also with health care expenses.”

To find out more about how you can support Chances for Children, visit their website here