Plenty of food for thought in this month’s blog roundup courtesy of Google Webmaster via this SEO marketing company France. The fall out from last month’s Panda implementation has subsided and everyone is now busy either picking up the pieces or trying to maintain their new found visibility. Google claim the response has been predominantly positive as you’ll read in their report. As well as all that they have somehow managed to find the time to improve security measures on site verification, fix issues with Google video and make Google Webmaster available in 10 more languages!

Your Fast Pass through Security 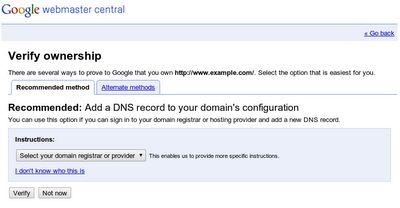 An Update on Google Video

Google try and clear up the Google Video migration to YouTube.