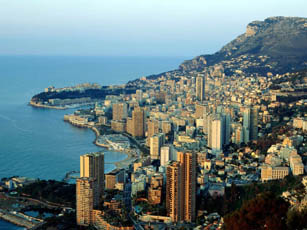 On the 24th anniversary of the Monaco Yacht Show more than one hundred of the world’s finest superyachts converged onto the illustrious Port Hercule for the most highly anticipated yachting event of this calendar year.

The world’s second smallest country was host to some of the world’s largest yachts. This year Europe’s biggest in-water display of superyachts boasted over 500 displays and 112 floating exhibits. The white tents and yachts dazzled in the Mediterranean sun to make for a spectacular setting at the foot of the imposing Monegasque mountains.

Much as the waters were teaming with action, so too was the marina itself. Over 33,000 attendees, 80% of whom had travelled from abroad, ensured a lively atmosphere that continued throughout the day and into the night with bars bustling and festivities ubiquitous in the aptly designed Yacht Club de Monaco and aboard many of the superyachts moored in the port and beyond.

A fashion clad flock of the world’s elite arrived in the principality keen to see the latest in yachting industry products. Ready to greet them were the usual assortment of shipyards, suppliers, brokers, naval architects, engineers and media armed with champagne and gourmet cuisine. Their company stands were arranged in rows, each one more extravagant and opulent than the last. Yacht fanatics were treated to show and tell demonstrations of the latest industry innovations, glamorous hostesses and intricate models of superyachts.

Many of this year’s visitors however were gathered in particular to witness the unveiling of 40 superyachts which made their show debuts at the esteemed event. Not to be outdone however was Oceanco’s 91.5m yacht Equanmity, the largest of the show. For the first time in its 24 year history, the Monaco Yacht Show committee announced the opening of the exhibition with an award ceremony,during which Equanmity was adjudged to be ‘The Best in Show’ yacht.

Meanwhile, the award for ‘Best Interior’ was presented to the 73m Perini Navi motoryacht, Grace E and Lurssen’s 85m yacht Solandge claimed the prize for ‘Best Exterior’. Among other notable appearances was Fraser Yachts’ impressive 45m vessel My Trust Fund with a unique interior designed to harmonise the best of sailing and motor yachts.

To open the show, Prince Albert II of Monaco, who left the United Nations Climate Summit early to deliver a special inaugural speech, commemorated the arrival of the superyacht exhibition showpiece to the principality. If the show began in grandiose style, it was to continue in much the same vein throughout the four day event, with the resounding bellow of 150 superyacht horns providing an appropriate conclusion to the world’s most prestigious superyacht show.